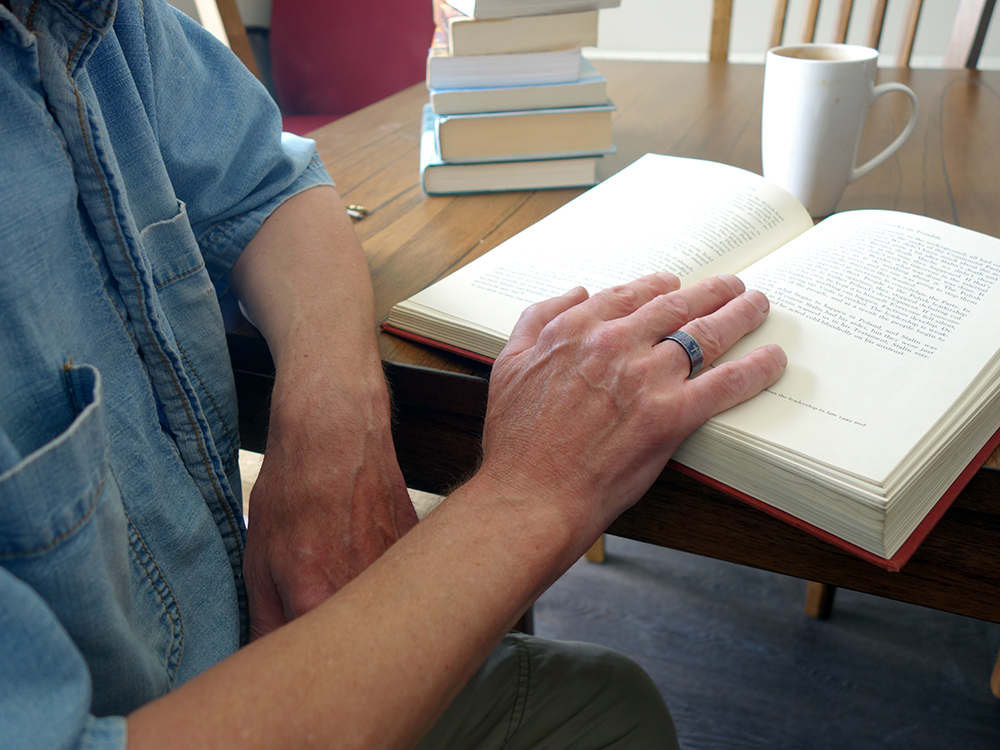 Thoughtful and observant, 52-year-old Peter* speaks with the wisdom of someone who has experienced life on the streets.

Peter began drinking regularly at age 16 and dropped out of high school in Grade 11. “It was a huge mistake,” he recalls. “I just didn’t want to finish school.” By 18, he was drinking every day.

He worked various labour jobs over the years. He met his future wife at a party when he was 25 and they were married two years later.

“It was a fairy tale wedding, really romantic,” Peter says. “We got married by the same minister in the same Kirk in Scotland that my parents got married in.”

Peter and his wife “lived an adult lifestyle — both of us drank.” In their seventh year of marriage, she was diagnosed with breast cancer.

“It brought us together,” Peter remembers. “We were closer than we’d ever been.”

Fortunately she survived the cancer but her mindset had changed. She told Peter she was leaving.

“I didn’t believe her,” he says. “One day I came home and her stuff was gone.”

Peter was devastated and spent the next two years in agony. “I tried to drink myself to death.”

He ended up losing his job and his home. “I never thought I’d end up homeless. But it happened.”

Peter spent the next nine years cycling through shelters while working as a dock assistant, where drinking on the job was commonplace. Sometimes he would even sleep in the warehouse to avoid staying in a shelter.

After getting picked up by outreach workers one night, they convinced him to go into treatment. He stayed sober for 10 months until he had a relapse.

“I really wanted to change — but something always happened where I didn’t just want a drink, I needed it,” Peter says. He went to treatment three more times. He tried a few different housing options but, after a traumatic brain injury and an eviction, he had nowhere else to go.

Finally, he found a home at a new building for people experiencing homelessness who are at risk of becoming or are involved in the justice system, with supports provided by Calgary John Howard Society.

Peter’s health has improved since moving here. He takes his medication and regularly sees a therapist. ”The staff do a fantastic job. There’s lots of guidance and counselling,” he says. “During the day we have a staff member on every floor.”

Peter spends his time going for walks, talking to people and reading. “I like autobiographies,” he says. “I find other people’s lives really interesting. There’s a lot to learn about in this world.” He’s also done yard work for the neighbours next door and is thinking about doing volunteer work.

Since moving here 10 months ago, he hasn’t had any new charges. “If it wasn’t for my home here I don’t know where I’d be. Probably back on the streets.”