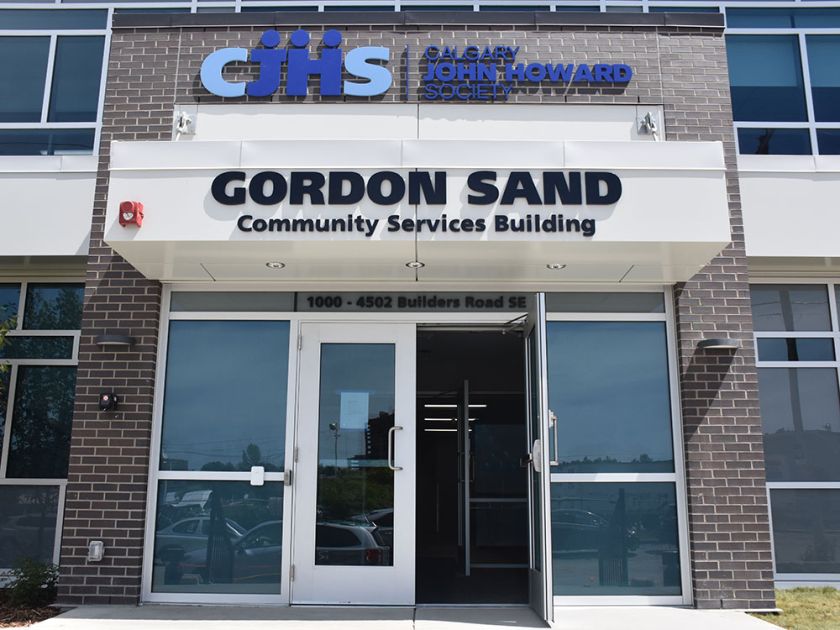 CJHS hosted a grand opening event on June 12, 2019 for over 140 guests to celebrate the opening of the new residence, as well as the new community services building.

Construction of the new Bedford House was funded in part by the Government of Alberta and donors to the RESOLVE Campaign. It is a transitional home for 32 men who require assistance reintegrating into the community after spending time in the justice system. Here, they will have support programs to help them manage re-entry their into the community.

Bedford House is a crucial part of the Calgary community, which the Government of Alberta recognized with a $3 million capital funding grant. The supported home acts as a “bridge” to the community so men can re-enter society positively and successfully. The original Bedford House was expropriated by the City of Calgary in 2005 due to the Stampede Park expansion.

The new community services building, which has been named in honour of Executive Director Gord Sand, who is retiring at the end of June 2019, will be a hub other CJHS programs — including education, employment programs, outreach and more.

With a home, job prospects and skills for living in mainstream society, the individuals are much more likely to become law-abiding citizens and leave their former life behind. This ultimately creates safer communities by giving men the tools to be responsible, contributing members.