I Am More Than My Criminal Record 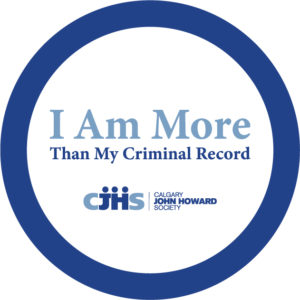 I Am More Than My Criminal Record is our storytelling initiative that aims to reduce the stigma associated with a criminal record, raise awareness of the discrimination faced by those with a record, and show how that can impact reintegration.

Through the project, individuals with a criminal record share their personal experiences to show who they truly are and help readers connect to the individual.

For more information, or to get involved, contact us at [email protected].

“I was born and raised in a small town in the Okanagan. I had a normal upbringing, but got involved with the wrong crowd and became an addict. I started to spiral out of control, and by the age of fourteen I received my first conviction. I was in and out of juvenile facilities and rehabilitation programs for most of my youth. After discovering heroin at sixteen, my criminal charges got more serious and it got harder to get off drugs. At the age of 25, I turned myself in and decided to detox myself completely. That was the first time I had been clean in a long time. I wanted to change, but I never believed I could do it. While incarcerated, I realized that if I wanted to keep making the right choices once released, I needed to relocate and made a plan to move to Calgary. At this point, I didn’t have my family in my life, they had cut ties – it was pretty much me and my record… Read more >