Housing is often the single biggest barrier for people coming out of the institution. In one 2009 Canadian study, 80% of released individuals reported being homeless at some time in the previous six months or since being released from prison; 43% reported that, since being released from jail, they had found it difficult finding a place to stay at least once a week; and 34% said homelessness was a problem they faced every day.

The Calgary John Howard Society (CJHS) provides a variety of housing for adults who are making positive changes and moving away from criminal behaviour. Our staff provide wrap-around support services based on their individual needs so they can positively reintegrate into society, and break the cycle of homelessness and crime.

With a home, job prospects and skills for living in mainstream society, it is much less likely an individual will reoffend. This ultimately creates safer communities by giving individuals the tools to be responsible, contributing members.

Welcome to National Volunteer Week! The theme this

“From six months of being the Activities Coordin

Our Windsor park facility is looking for someone w 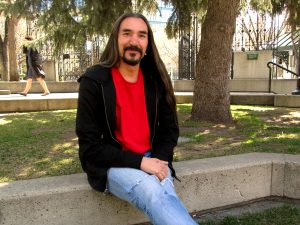 Stable, permanent home gave Michael the chance to start over

It wasn’t long ago that Michael was battling his own addictions. Now, thanks in part to the home he found through one of CJHS’s housing programs, he’s able to use his lived experience to help others as a support and outreach worker. Read more