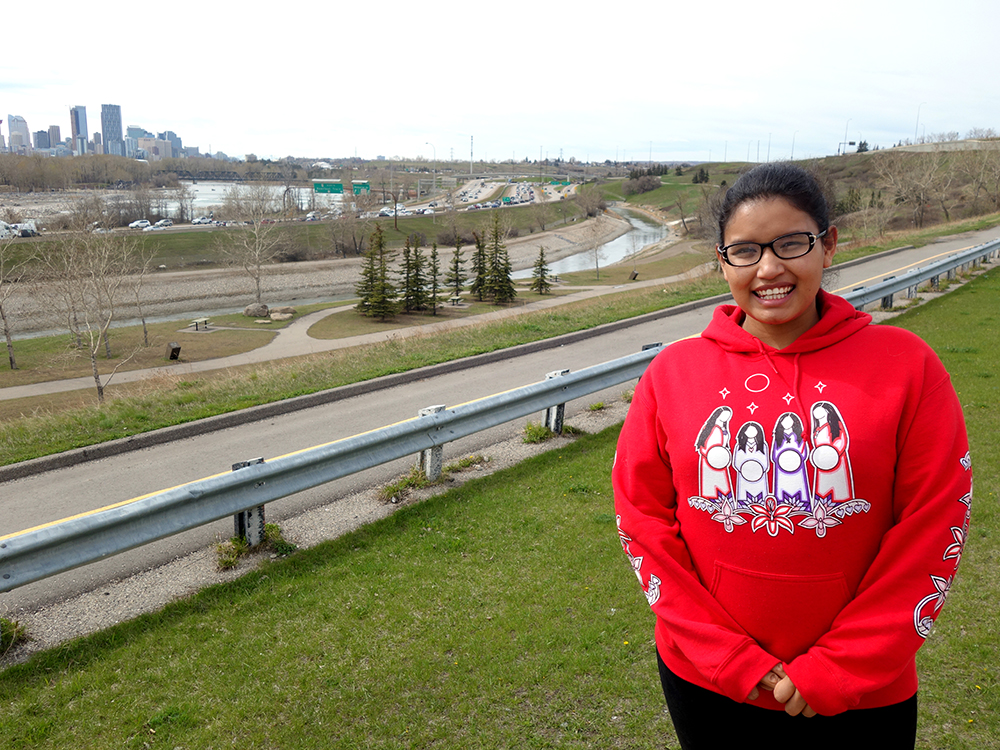 Looking back at different parts of her life, Alannah, now 24, feels like they are completely different lifetimes. “I almost can’t relate because I’m not that person anymore,” she says.

Alannah was placed into foster care at the age of three and, even from a young age, she felt she wasn’t wanted. “It felt like most of the foster parents just kept us around for money,” she says.

Alannah was a smart and determined student but was also searching for acceptance. “I’d been in seven different foster homes,” she remembers. “I rarely got to see my seven siblings and searched for family in my friends. I wanted to fit in so I let my focus on school drift for something I found to be more important for myself. Which led me to experimenting with drugs and alcohol.”

Alannah started drinking when she was 11. “At the time, I didn’t realize that I was drinking to numb the pain inside of me,” she says. As the memories of trauma that she had blocked out resurfaced, she began using harder drugs.

After running away at 15, Alannah lived on the streets for two years where she continued to experience trauma. “I was brainwashed to believe that I deserved this kind of lifestyle,” she says. “But it was a means of survival.”

While at the Calgary Young Offenders Centre, Alannah connected with a Calgary John Howard Society (CJHS) youth outreach worker, who helped her get into CJHS’s housing program for youth who are experiencing homelessness and have had criminal involvement.

At first, Alannah didn’t trust anyone and kept up a tough exterior but eventually softened when she discovered the staff genuinely cared about her. “They treated me like family,” she says. “They gave me what I needed when I didn’t even know what I needed — like food bank visits and going to work-out classes with me, which I never would have done by myself.”

As Alannah continued to battle her trauma and resulting addiction, she lost sight of her values. “When you get so deep into your drug use, you become a different person — you become desperate,” she says. “I have a lot of remorse for that.”

Alannah moved into Berkana House, CJHS’s apartment building for women who need support reintegrating into the community after spending time in prison, in October 2018. She’s been sober for 14 months, an accomplishment she is rightfully proud of.

While at Berkana, staff connected Alannah to a youth employment centre, where she found a job at a nearby coffee shop. She’s been there for eight months and says that it helps her stay sober. “I never thought I could get sober. I know now that I have the power to not use drugs,” she says.

With her welcoming demeanour and genuine empathy for others, Alannah finds that she’s “pretty good at customer service” and has been complimented on the positive way she deals with difficult customers.

Alannah’s coworkers have a hard time imagining that she used to live on the streets. “I like the fact that I’m shedding the image of who I once was.”

Although she graduated the Berkana House program in January 2019, Alannah still goes back to visit, as part of a new outreach program that was developed for former residents. Staff say she is resilient and determined unlike any other youth they’ve known.

“I really appreciate the emotional support I get from staff,” she says. “It’s helped me grow as a person.”