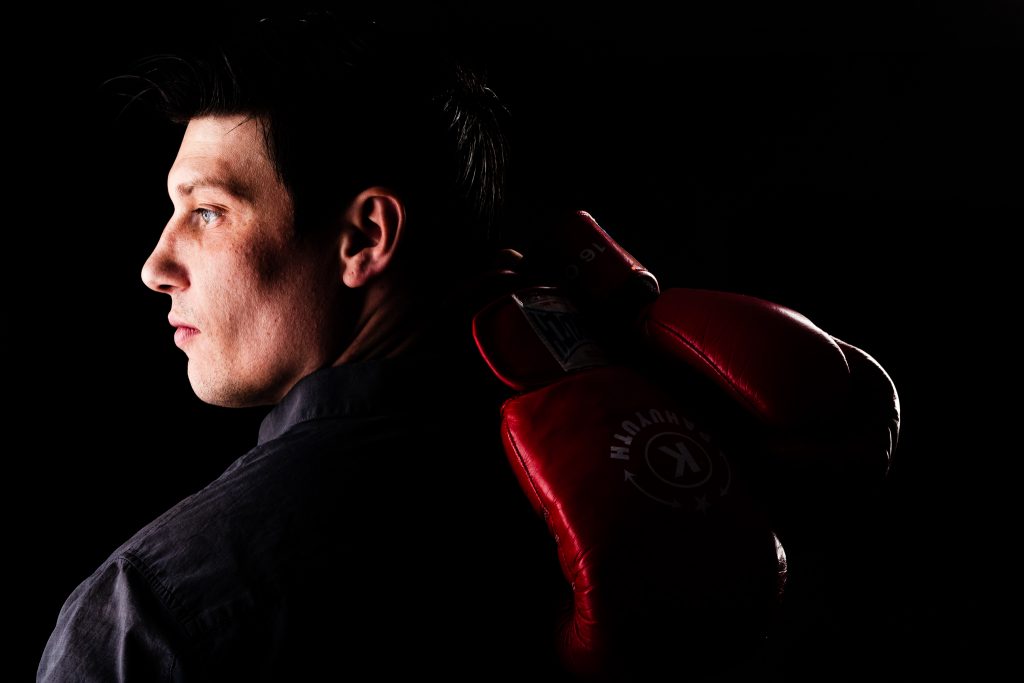 When asked what the most influential thing in his life has been, Danny has one word: boxing.

“I thought I was a tough guy and stepped into the ring. I got humbled really quick,” he says. “It made me realize that you can’t always approach everything with sheer force — you have to think things through and walk out of there with a lesson and a positive attitude.”

And Danny carries that attitude throughout his life, despite everything he’s been through.

“As a kid, I harboured a lot of hatred for my old man,” Danny says, recalling the drugs and violence. “It was hell, but he did what he could.”

By age 11, Danny had been through over 20 different foster homes where he was forced to steal and fight to survive. Yet, “I learned not to take anything for granted, and always respect what you got, and who you got,” he says. “Especially who you got.”

Danny developed a talent for drawing and, after graduating high school with honours, he received a scholarship for advanced animation. He also started competing heavily in boxing, winning a few championships.

While things were going well for him, Danny started to experience mental health challenges and began to use hard drugs to cope. “I lost everything to this lifestyle,” he says.

In jail, he promised himself that he wouldn’t get into a single fight. And he succeeded. “Boxing taught me self-control,” he says. While inside, he connected with a Calgary John Howard Society (CJHS) caseworker who helped him plan for his release.

“Not having anywhere to go after jail — that’s where most people crack and go back to what they did before,” Danny says. “But CJHS gave me someone to talk to and helped me find a place to live.”

In addition to housing, Danny also participated in CJHS’s employment and literacy programs to work on his resume, learn job skills and get some industry tickets. He got a job as an apprentice iron worker and is excited to be heading to his first site soon.

“I made a really good friend in the employment program who introduced me to the union shop where I’m working now,” he says. “This is a turning point in my life. It’s not just a job — it’s a career.”

Danny still meets with his caseworker regularly for support as he continues to reintegrate back into the community. “I’m working on bettering myself, keeping my mind busy,” he says. “I’ve really been enjoying cooking random stuff with my roommate and going to the gym as much as I can.”

Danny says the help he has received at CJHS has helped reintegrate into society and adapt after being in jail. “It’s much more than just getting industry tickets,” he says. “It’s meeting new people and making connections with other CJHS staff who are very supportive.”

Danny is proud of his mental strength and positive attitude. “When I was a kid, everyone told me I wasn’t going to make it,” he says. “People will tell you it’s easier to quit, but you gotta stay strong. There’s no easy way to keep going — you just gotta keep going.”