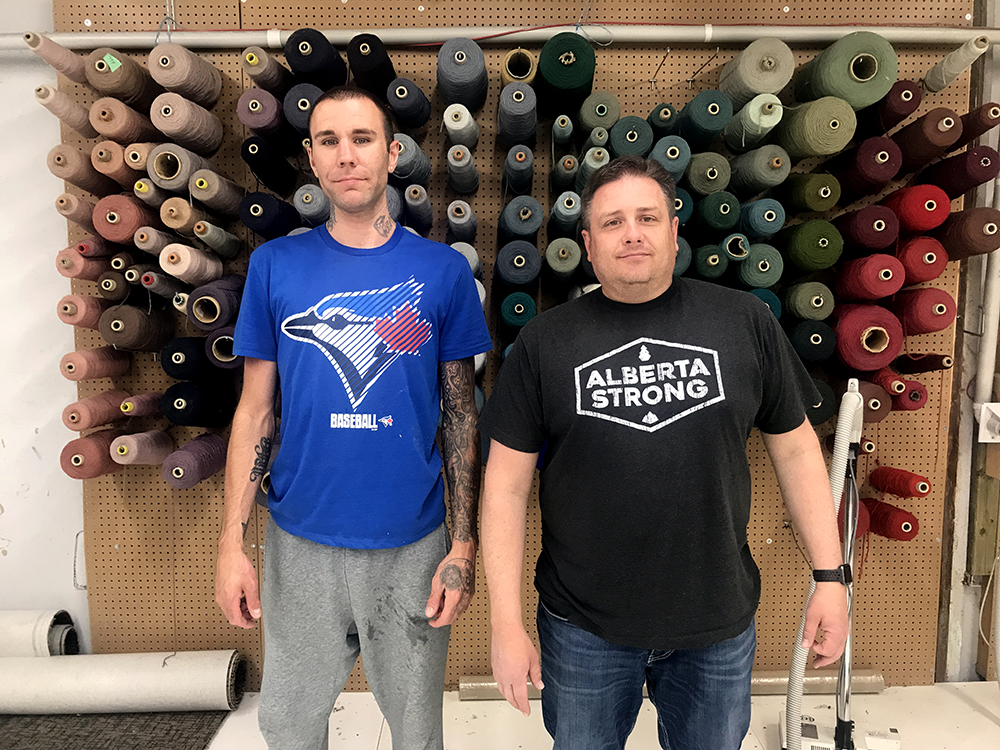 For the first time in his life, Steve is excited to wake up in the morning and go to work.

“I love this job,” Steve says. “I actually look forward to coming to work every day. I’m blessed for this opportunity. I try my hardest every day — I don’t want to mess it up.”

Steve has been working at Carpet Mechanics, a family-owned custom carpet wholesaler in Calgary for about six months and has been sober for nearly two years. “My head is on straight now,” he says.

Childhood struggles
Steve was put into foster care at the age of seven. He spent the next 11 years bouncing from foster home to foster home, where he was singled out and physically abused often.

At 18, Steve moved out on his own. “That’s when things started to fall apart,” he remembers. He started doing drugs. He struggled to maintain a job due to his substance use disorder and began stealing to manage his addiction.

Steve heard about CJHS’s reintegration support program while in the Calgary Remand Centre. He connected with a CJHS caseworker who helped him plan for his release. His caseworker secured a spot for him at an addictions treatment centre, as well as sober-living housing following that.

“My caseworker was awesome, she helped me with everything,” he says. “You need a roof over your head to be successful. Not having a place to go, I probably would’ve gone back to jail.”

Back to work
Steve’s caseworker introduced him to CJHS’s employment programs, which prepared him to re-enter the workforce and connected him with Tony, the owner of Carpet Mechanics.

“The hiring process can be difficult for labour-oriented positions,” Tony says. “The CJHS employment program makes it easier because they almost pre-qualify potential employees for me.”

Tony’s parents started Carpet Mechanics in 1982, and he began helping them when he was just 10 years old. With four generations having worked there, the family aspect of his business is important to him.

“We’ve got a really tight-knit group of employees here,” he says. It was paramount that the new employee melded well, so CJHS’s employment caseworker referred Steve. “Steve really fits in here. His personality, character and work ethic has been fantastic. He’s very punctual and is eager to learn and work.”

Tony isn’t bothered by someone’s past when looking for new employees. “In my experience, people with criminal records are so focused and appreciative,” he says. “I do believe that they are more loyal and hardworking than the average person. Especially Steve. He’s been a pleasure to work with.”

Learning new things
Steve has been enjoying working with the group as well.

“The people who work at Carpet Mechanics are great and I definitely feel a sense of belonging,” he says. “Tony is awesome, too. I’ve never had a boss that was so understanding and patient. He’s always willing to take the time to teach me something new.”

Steve feels fortunate to have found this job. “I was happy, so happy, when I got the job. The type of boss that Tony is, it makes me want to work harder.”

Hiring people with criminal records
CJHS’s employment caseworker offers support to both the employer and the employee during employment but Tony hasn’t felt the need for it. “Within the first week of Steve being here, I was like, ‘Wow, this is great! It’s working really well,’” he says. “Sometimes that leap of faith pays off which I’ve seen happen a few times.”

Tony recognizes that unemployment can lead people to fall back into old habits. “I truly believe we owe it to society to help put people on the right path to succeed,” he says. “It’s important to be open-minded because everyone has a past.” 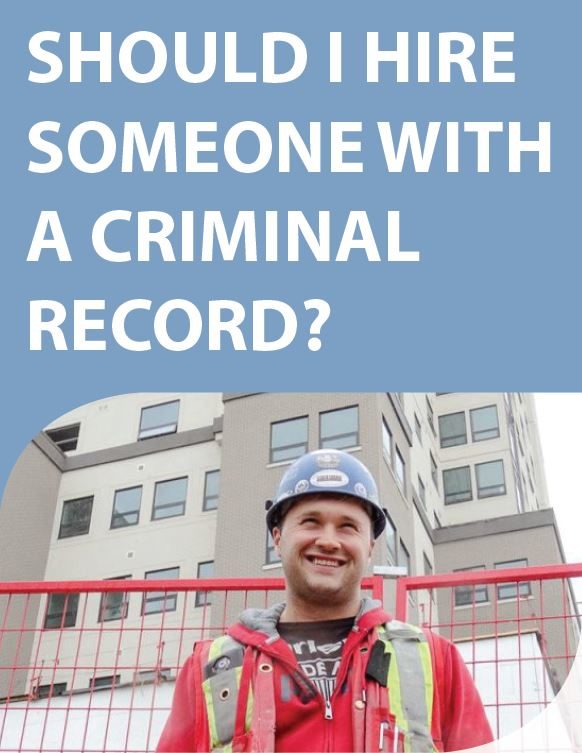 The short answer is — YES! Read our employment brochure for more information on how we can help you find the ideal candidate for the job and support you throughout the process and duration of employment!