Alex finds a family at CJHS 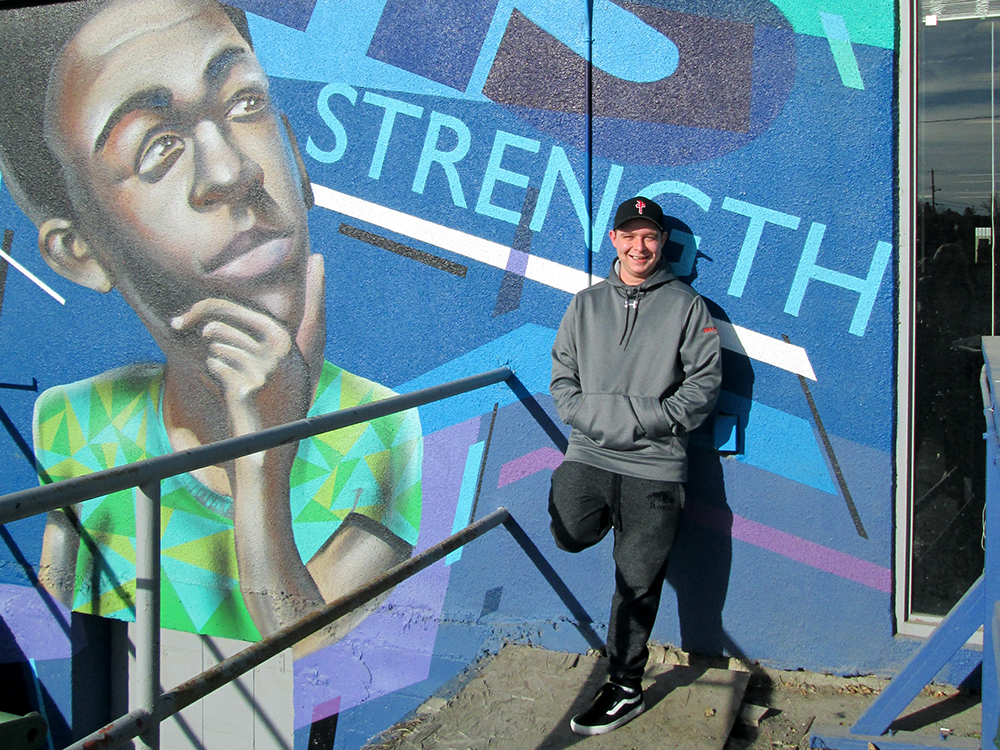 Alex is a hockey enthusiast. He’s also a chef, athlete and gentleman.

“But it’s just common courtesy,” the modest 23-year-old protests of his conscious effort to hold doors open for anyone nearby.

Alex has been coming to the Calgary John Howard Society (CJHS) since he was 16, when the Fetal Alcohol Spectrum Disorder (FASD) he lives with led him to legal troubles.

“I’m still trying to learn how FASD affects my life,” he says, adding that the FASD program at CJHS helps him with that, along with navigating the justice system, going to appointments and hospital support.

Alex has shown resilience and determination throughout the years, despite a difficult childhood. He’s passionate about people, like his grandparents who helped raised him, and appreciates the support he has at CJHS.

“It’s kind of like family here,” he says of the FASD program. “It feels like there’s somebody who cares about me, somebody who is looking out for me.”

With the help of his caseworker, Alex has been thinking about going back to school. He’s currently enrolled at St. Mary’s University and is interested in pursuing culinary school. One day, he’d like to run a charity hockey tournament.

Although Alex is still learning and dealing with life’s struggles, he isn’t giving up.

“The support and encouragement I have from [my CJHS caseworker], and a few friends, gives me hope for the future.”

What is Fetal Alcohol Spectrum Disorder?

A medical diagnosis that describes the range of brain injuries, birth defects and developmental disabilities that can result when alcohol is introduced to the fetus during pregnancy.

It affects different people in different ways and is based on individual characteristics and features that may be physical, cognitive, or behavioural.

What are the possible symptoms?