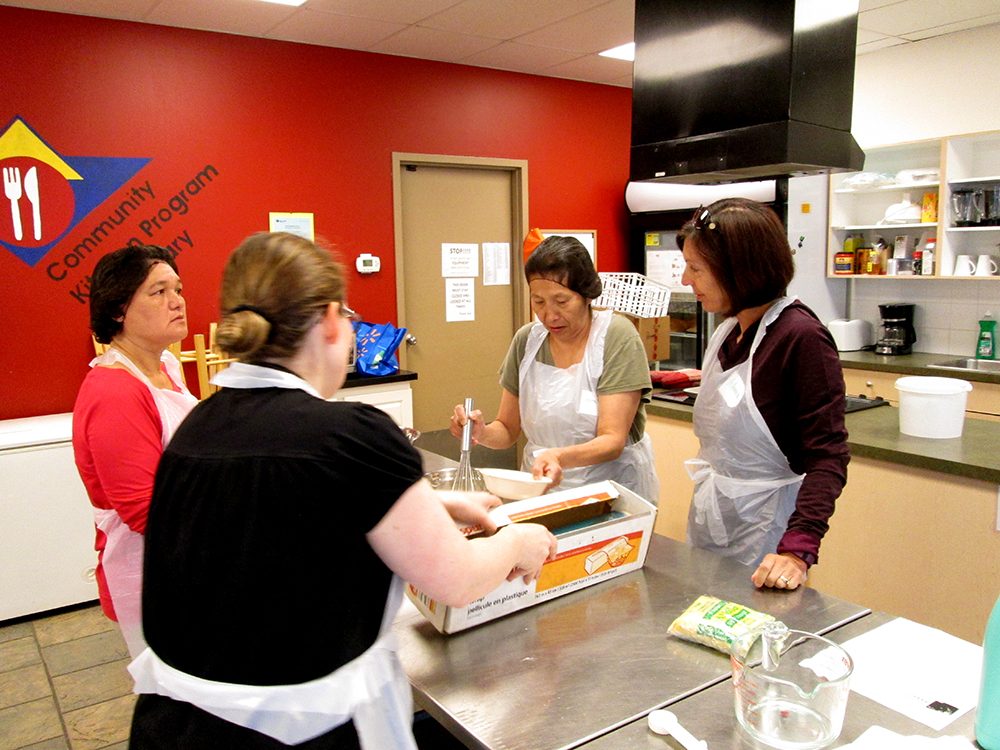 Chelsea was visiting the CJHS office on a college field trip when her ears perked up — there was an opening for a peer mentor for people living with Fetal Alcohol Spectrum Disorder (FASD).

“I saw the opportunity and I jumped on it,” Chelsea, who also lives with FASD, says. “I want to help people — help them focus on their strengths and understand that we can use different strategies so that our deficits aren’t deficits.”

Chelsea is the youngest of five, three who were adopted by the same loving family as babies and two who were kept by their biological parents. Three of the five experienced and struggled with FASD in different ways. Chelsea describes it as a whole-body disorder.

“Sometimes I wake up sore and I don’t know why, and I have a hard time getting out of bed in the morning,” she says. Even bright lights and tags on her clothes irritate her due to sensory overload.

“Lots of people with FASD also suffer from anxiety and depression,” she adds. “When you’re not understanding things, you get frustrated and overwhelmed.”

Her oldest brother, who also suffered from mental health issues, died by suicide in 2011. He and Chelsea’s second-oldest brother were extremely close and, eleven months later, he died from an overdose — and a broken heart, she says.

Devastated, Chelsea lapsed into addiction. “I lost almost everything,” she says. “Eventually I was like ‘I don’t want to do this with my life anymore.”

Chelsea has been sober for nearly four years and credits her two late brothers for motivating her to become a peer mentor. “They would want me to help people in the right direction. If I’m having a rough day, I think about Cameron and Paul and I push through it.”

Chelsea has never let FASD stop her from achieving her goals. “Even though I have a disability, I’m a strong individual who tries my best to conquer it every day,” she says. “I like proving people wrong — I went to school, I graduated, I got my driver’s license.”

Chelsea helps run a support group at CJHS and says that support is huge for people living with FASD. “It’s a place for people to connect and understand each other,” she says, adding that the focus is on positivity and having fun. “The outcome is that they develop a positive attitude towards themselves.”

CJHS has a program specifically for people living with FASD, where staff advocate for and support clients with FASD assessments, AISH (Assured Income for Severely Handicapped) applications, legal issues and navigating the justice system.

Chelsea encourages people to learn about and understand FASD. “It may be invisible, but it’s there,” she says.

She hopes that she can help others in the support group recognize their strengths. “I’m a success story. I’m someone others can look up to and see that they can get through this,” she says. “I’m not defined by four letters — I am a person.”