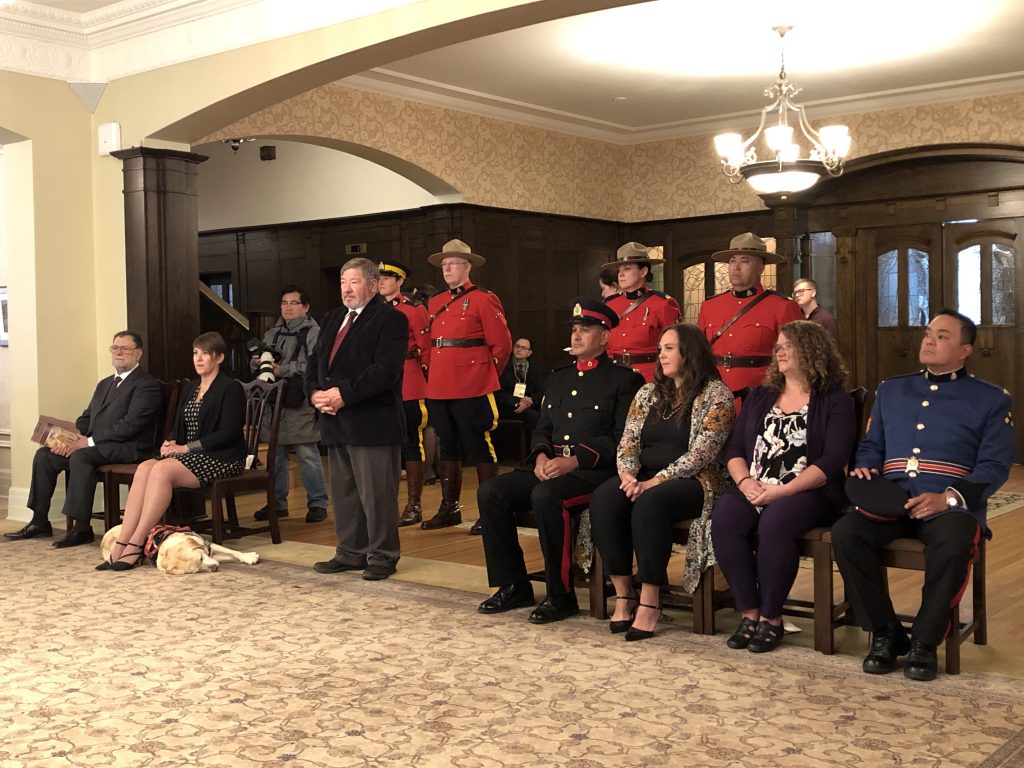 Gord Sand, Executive Director at the Calgary John Howard Society (CJHS) from 1981-2019, was one of seven individuals and groups in Alberta who received awards for their work in the fields of preventative and restorative justice in a ceremony at Government House in August 2019.

The following month, he also won the Willie Gibbs Lifetime Achievement Award through the Canadian Criminal Justice Association (CCJA) Awards in for his contributions to the improvement of the criminal justice system in Canada. This award will be presented at CCJA’s Congress event in November 2019.

Gordon Sand was the Director of CJHS for 38 years, but his work in criminal justice spans 45 years. He grew CJHS from 20 employees with one halfway house to 150 staff and a multitude of programs that serve a wide variety of individuals involved in the criminal justice system.

He has chaired the Calgary Healthy Cities Association board and was president of the Prairie Region Halfway House Association. Previously, he sat on the board of Linden Family Services, Pubic Legal Education Network of Alberta, Citizens’ Advisory Committee for Correctional Services Canada,
and the Alberta Criminal Justice Association.

In 2005, he helped lead the Canadian Criminal Justice Association’s National Congress. He also served as an instructor in the Criminology program at Mount Royal University, and has been involved in a social enterprise program which hires offenders released from prison.

Gord was honoured with the 1999 Humanitarian Service Award and the 2010 Jim McLatchie Award from the John Howard Society of Canada.

Upon graduating from university, Gord took a job as a parole officer working with people in the community coming out of prison. “I quickly realized how important the community part is because many people who become criminally involved have been traumatized in their life,” he says. “And they need support in the community to be successful.”

Gord said that was the reason he moved to a community agency like CJHS. “It’s so important that there are programs and resources for people. It’s an important part of the justice system that doesn’t get enough attention.”