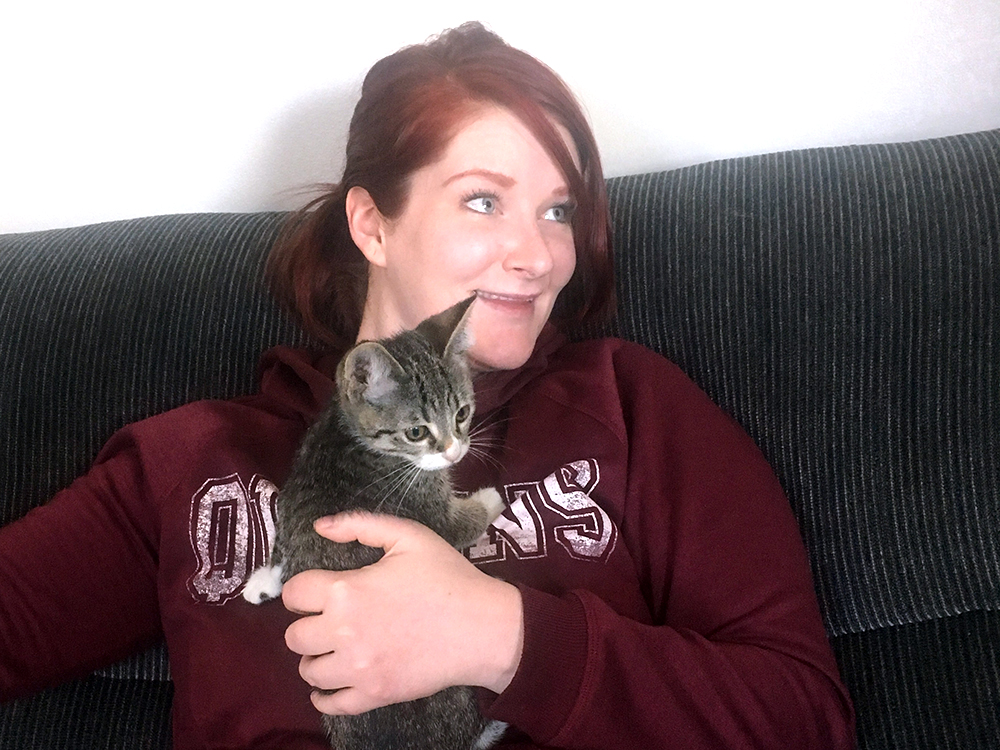 Who doesn’t love puppies and kittens? Thanks to Megan’s Rescue Efforts Society, the women at CJHS’s Berkana House were treated to some very special furry visitors in November 2019.

Pet therapy has become more common in the last several years and studies have shown that it can help improve both physical and mental health challenges — such as the trauma, abuse and post-traumatic stress disorder that many of the women at Berkana have experienced throughout their lives.

While the residents played and snuggled with the puppies and kittens for an hour and a half, Alanna noticed a marked improvement in the moods of the women. “It was so nice to see the absolute joy on their faces,” says Alanna Landymore, Community Integration Coach at Berkana. “One of the residents was near tears as she saw puppy after puppy after kitten tumble into the common room.”

Megan’s Rescue will be making monthly visits to Berkana House, continuing to foster the positive community connection the original visit created. “This connection can extend beyond the residents’ time here,” Alanna says. “Some of the residents have expressed interest in volunteering at Megan’s Rescue. This goes a long way in preventing crime when the residents are excited to be involved in something like this.”